No items found.
Product is not available in this quantity.
Home
Wine Store:
Cases of 6 and 12
The Complete Collection
New Wines
Special Offers
Vineyards:
Herdade Grande
Quinta do Quetzal
Adega Mayor
Encosta do Xisto
About Us:
The Portuguese Cellar
The Alentejo Region
Vinho Verde
Blog
Contact Us 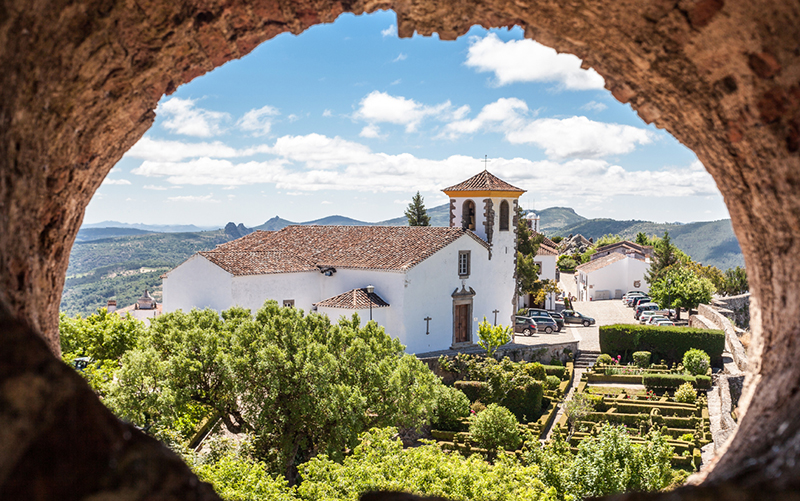 The Alentejo Wine Region of Portugal

The vast and differentiated Alentejo province is divided into three administrative districts: Portalegre, Evora and Beja which together make up the natural boundaries of Vinho Regional Alentejano (PGI).

Despite clear regional differences, the multiplicity of grape varieties in plantations, and the evident heterogeneity of soils that characterise the Alentejo, with disperse outcrops of clay, schist, granite, gravel and limestone, there are many common traits in wines from the great Alentejo plains.

Harnessing the forces of nature and consistent harvests, Alentejo delivers seductive and plentiful fruit with a smoothness and full body result.

It also embraces smaller producers whose vineyards may lie outside the eight denominated sub-regions as well as the well-known bigger producing companies. 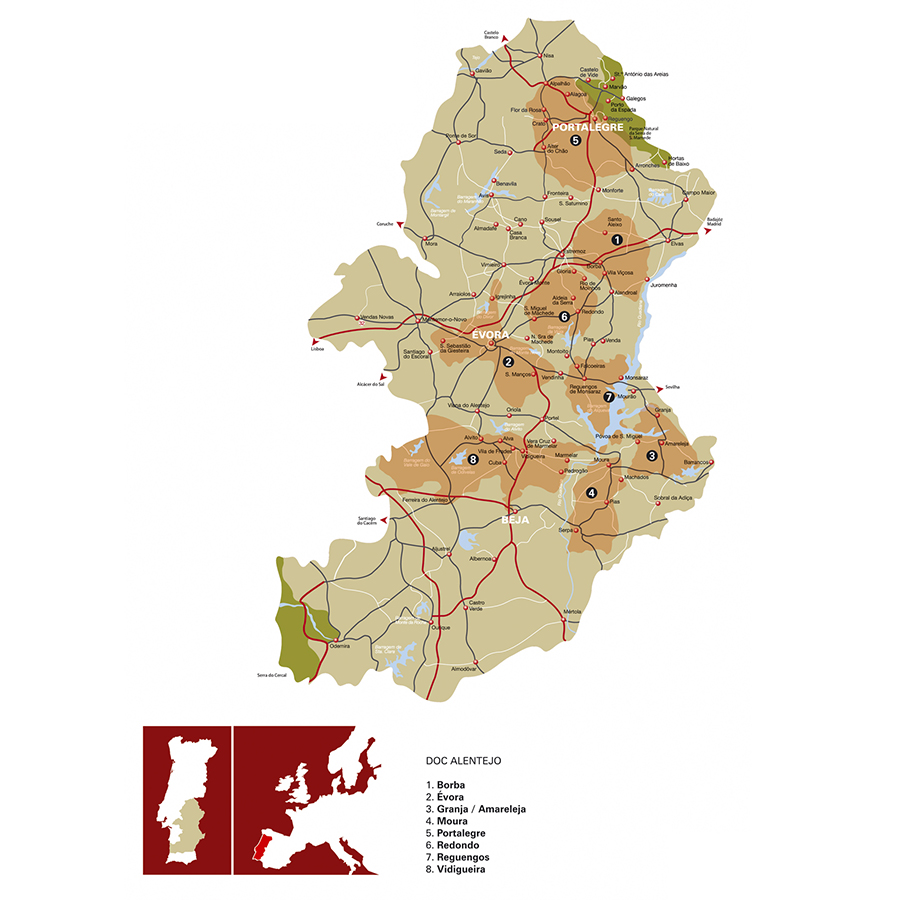 A Brief History of Alentejo Wines

The history of the vine and the wine in the region now known as the Alentejo requires a long, meandering narrative, with detailed descriptions of time and place. It is a long and largely unknown history of achievements throughout thousands of years in which the region has seen turbulent epochs alternate with periods of calm and prosperity — cycles of uncertainty followed by cycles of enlightenment and vanguardism.

It is a magnificent and enduring history. Archaeological artefacts scattered across the region attest to the uninterrupted presence of the wine and vine culture on the quiet Alentejo landscape. Unfortunately, the veil of time still hides the identity of those who brought the cultivation of the vine to the Alentejo. Neither can we accurately identify when it happened. What is known, however, is that when the Romans arrived in the south of Portugal, vine growing and wine making were already a vital part of the customs and traditions of the local population. It is suspected that the Tartessians, an ancient civilisation based in the south of the Iberian Peninsula and heirs of the Andalusian Megalithic culture, were the first to domesticate the vine and later introduce wine to the Alentejo.

It was the Romans, with their farming expertise, who made the cultivation of the vine and the making of wine mainstays of the Alentejo lifestyle.

In fact, historical records strongly suggest that the first Portuguese wines exported to Rome may have come from this region — the Alentejo may very well have been pioneers in the globalisation of Portuguese wine! Roman influence was so critical in the development of Alentejo viticulture that even today, after over two thousand years, signs of their civilisation continue to be seen in day-to-day tasks.

However, the most enduring tradition left behind by the Romans, and still an integral part of the Alentejo winemaking process, is that of fermenting must and storing wine in talhas de barro - clay vessels, produced in all shapes and sizes. The Romans introduced the practice into all their territories, but only in the Alentejo has it prevailed. Some of these clay vessels weigh up to a tonne, reach two metres in height, and can store up to 2,000 litres of wine. The porous vessels were treated with pês, a natural pine resin, to prevent leakage, using ancestral methods passed down along successive generations of artisans called pesgadores, a profession almost extinct now. Each clan of pesgadores had their own secret pês recipe, magic formulas that conferred their own distinctive flavours and characteristics to each talha de barro. The history of the vine and the wine in the region now known as the Alentejo requires a long, meandering narrative, with detailed descriptions of time and place. It is a long and largely unknown history of achievements throughout thousands of years in which the region has seen turbulent epochs alternate with periods of calm and prosperity — cycles of uncertainty followed by cycles of enlightenment and vanguardism.

The Portalegre Region of Alentejo

Of all eight Alentejo sub-regions, Portalegre differs the most in originality and character. Here, nothing conforms to what is traditionally Alentejo, from soils to vineyards, from altitude to age of the vines.

Vineyards are mostly found in the foothills of the Serra da Mamede mountain range, whose rocky peaks may reach one thousand metres.

Altitude means the climate is cooler and wetter than the baking plains of southern Alentejo, yielding fresh and elegant wines... yet equally powerful.

The predominantly granite terrain is interspersed with small patches of schist in the lower areas. Vineyards tend to be fragmented in these hills, divided into countless small strips of very old vines, many of which may be in their seventies.

Curiously, French grape varieties Cinsault and Grand Noir have always been planted here, one of the many eccentricities of Portalegre.

The Vidigueira Region of Alentejo

The escarpment extends east to west for some 50 kilometres, influencing the climate of Vidigueira, which although being the most southern of Alentejo's sub-region is one of the most temperate.

The predominantly granite and schist based soils are not very fertile but they support one of the Alentejo's most mysterious grape varieties - Tinta Grossa, which also goes by the name of Tinta Barroca.

Despite being so hot and so far south, Vidigueira has always been famed for its production of white wines, due to the protection of the Vidigueira escarpment.